What to do in and around Bamburgh 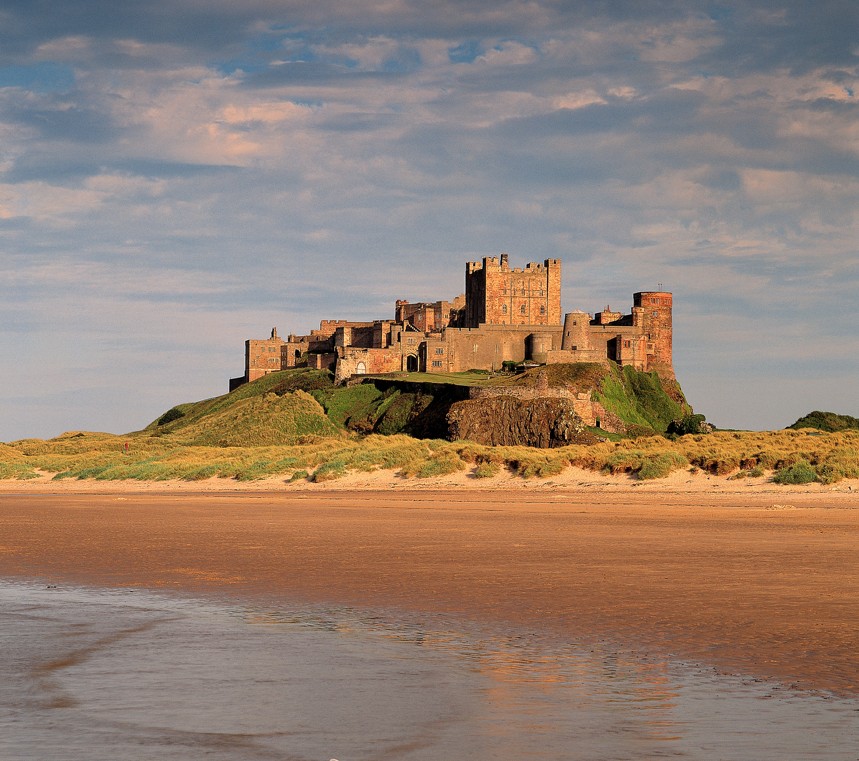 Sprawling dramatically across nine acres of land, high on it's rocky perch above the Northumberland coastline, Bamburgh is one of the largest inhabited castles in the Country. It is also, in our opinion, the most impressive both in size and location. It sits some 45 metres above sea level on a natural plateau of volcanic dolerite.

The first written reference to a Castle here is 547AD and the Vikings destroyed the original fortification in 993AD. The oldest part of structure that can be seen now (the Keep) was built in 1164AD with stones quarried from nearby North Sunderland that were transported on horseback and by man power. The keep was built with the intention of being impenetrable, with the walls being some 3 - 4 metres thick.

Throughout the centuries Bamburgh was attacked many times over by the Scots and in 1464 during the War of the Roses it became the first Castle to be defeated by artillery attack. Over the centuries in the 1700's and 1800's the Castle fell into a state of disrepair before being bought in 1894 by the Victorian Industrialist Lord Armstrong and completed the restoration. The Castle is still occupied by the Armstrong family to this day and they allow visitors to experience this wonderful Castle's character and amazing history.

Visiting the Castle is a must and a great way to spend a day out for the whole family, you really do get an immense sense of the history behind these great walls. There are many interesting artefacts on show and the Keep is now the Armoury, full to the brim with a collection of arms and armour from throughout the centuries. Facilities inside the Castle include a Tearoom, public toilets and a gift shop. 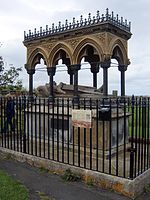 The story of Grace Darling has become famous throughout the world. It all started in a small Cottage in the Village of Bamburgh, where Grace was born in her grandfather's house on the 24th November 1814, the daughter of a lighthouse keeper. In 1826, as a young girl Grace and her family moved to the newly built Longstone Lighthouse on the nearby Farne Islands, about 3 miles off the Northumberland Coast. The family lived a self sufficient life on the Farne's tending to both crops and cattle on the nearby island of Brownsman.

It was for her actions during an exceptionally stormy night in 1838 that Grace would become famous right across the world. At approximately 4am the Steamship 'Forfarshire', on route from Hull to Dundee, ran aground on the rocks of Big Harcar. The ship broke in two and was blown off into the sea Southwards in storm force winds. Soon afterwards Grace spotted the forlorn ship from her bedroom window, but it wasn't for a few hours before she and her father saw survivors clinging for their lives to the rocks. Grace and her father decided to set off in their family Coble boat, fearing that life boats from Bamburgh would not be able to launch in such appalling conditions. In all, their immense bravery rescued the lives of nine, including a Mrs Dawson who was desperately clinging on to the bodies of her dead children.

The news of this heroic act spread quickly across the Country and Grace was showered with awards and invitations to appear at theatres across the land, William Wordsworth even praised her in his prose. Such was her modesty she didn't take up a single offer, nor did she accept a penny of the large sums of money she was offered. Grace eventually died in the Village of Bamburgh at the tender age of 27, despite being treated by the Duchess of Northumberland's best physicians. There is now an effigy of Grace in St Aidan's Church, where she was buried, along with a monument to her everlasting bravery.

Grace's story is 'amazing' and can be explored in full at the RNLI Grace Darling Museum which, thanks to a Heritage Lottery Fund Grant has had a major rebuild. It is located on Radcliffe Road in the Village and the postcode for your SatNav is NE69 7AE. You can also visit Longstone Lighthouse on the Inner Farne, where Grace lived, as part of a boat trip to the Farne Islands. 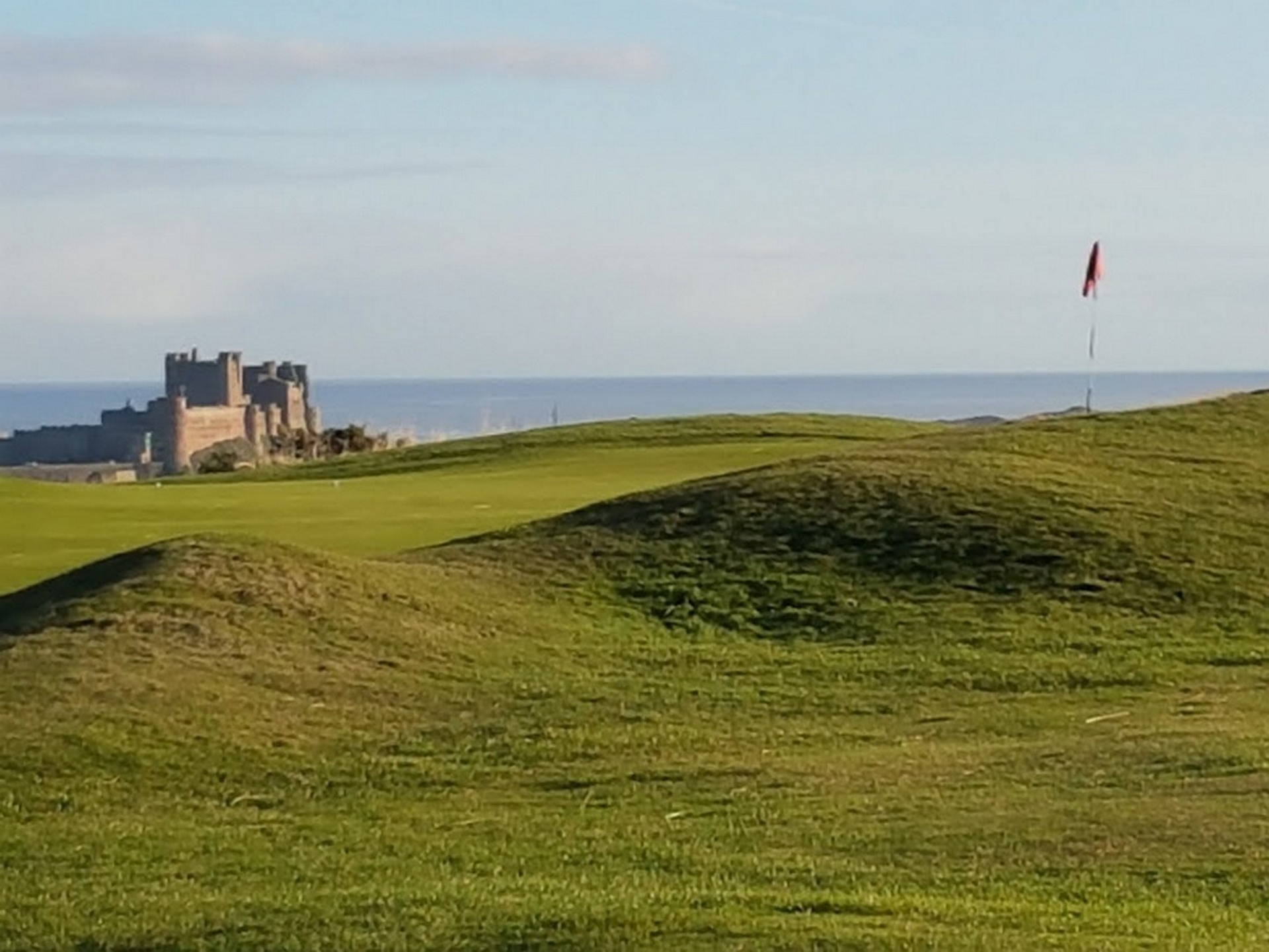 Bamburgh Castle Golf Club is often quoted as one of the most scenic golf courses in Britain and with views of Lindisfarne, the Farne Islands, the Cheviots and of course Bamburgh Castle, the course is one of the truest links experiences to be had in England.

This is a must-play golf course. The club welcomes visitors to enjoy our unique course and attractive clubhouse. All our Green Fees give temporary membership of the club and allow full access to the clubhouse and practice facilities.

There is a Coastal Golf Classics package available with two nearby clubs, Alnmouth and Goswick, offering a unique opportunity to play three classic yet contrasting seaside golf courses on the Northumberland coast for one green fee of £90 per person. Click here to find out about this package. 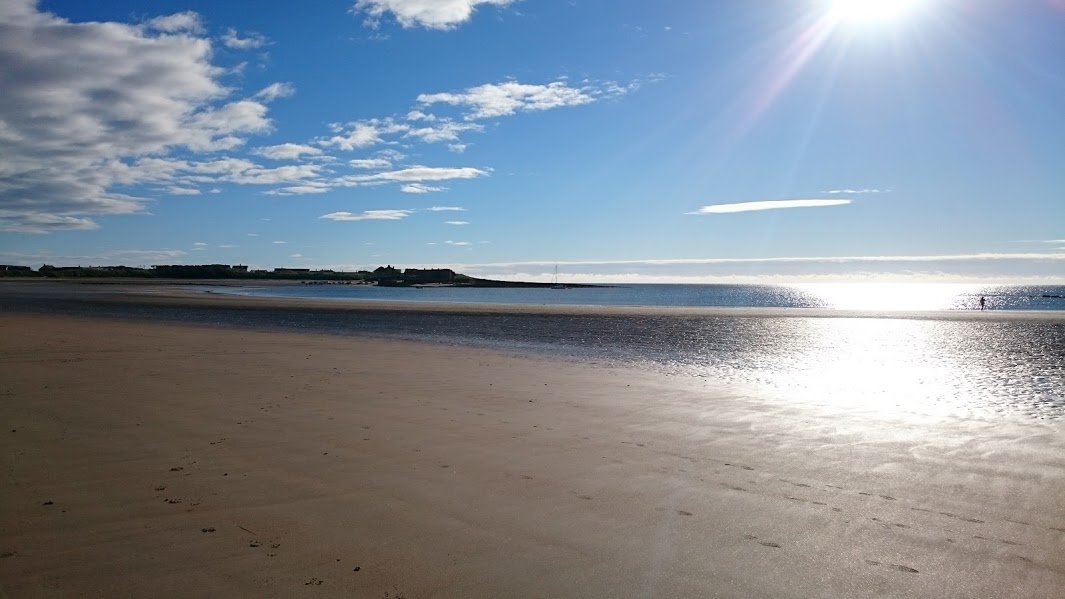 This northernmost national park in England covers more than 1,030 square kilometres (405 square miles), and stretches from the Scottish border in the north to just south of Hadrian’s Wall, with the North Sea to the east and Cumbria on its western flank. The vast wilderness is inhabited by less than 2,000 people, and has earned the title “England’s most tranquil location”. Peppered with prehistoric hill forts, Roman ruins, towers and castles, it is steeped in history and also includes the impressive Kielder Water, the largest working forest in England and the largest manmade lake in Northern Europe.